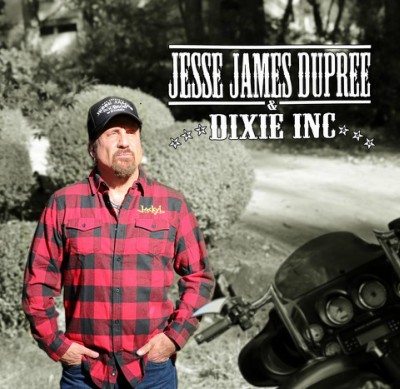 Jesse James Dupree is the lead singer and guitarist of the American Southern Rock band Jackyl from Kennesaw, Georgia. Formed in 1991, the band signed a recording contract with Geffen Records. In 1992, a self-titled debut album was released and went platinum; the band still tours heavily on the festival circuit, in music venues, and on TruTV’s reality television series Full Throttle Saloon.

Dupree’s most famous routine involves using a chainsaw as a musical instrument during the song “The Lumberjack” and “The Star Spangled Banner”. His collection of customized instruments include an electric guitar with a chainsaw attached and an large customized chainsaw powered by a Dodge Hemi, engine.

With business partner, Michael Ballard, Dupree brought the Full Throttle Saloon television series [1] to the airwaves on TruTV in 2009. After five successful seasons with TruTV, the series was picked up by Reelz Channel; season premiere on October 3, 2014. Ballard and his wife, Angie, appear in each episode along with Dupree.