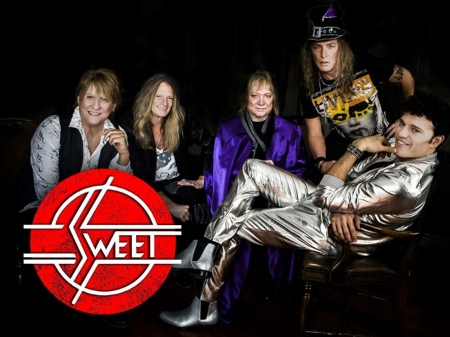 Legendary rock band The Sweet shot to the top of the charts in the 1970s with such hits as Ballroom Blitz, Fox on the Run, Love is Like Oxygen, Little Willy, Action and more. The band has sold over 55 million albums worldwide and had the # 1 downloaded song on iTunes with Fox on the Run in 2017, featured in the movie Guardians of the Galaxy Vol. 2. Recently the band headlined Moondance Jam to over 14 Thousand people.


The Sweet add value, energy,  and a Gold & Platinum library.