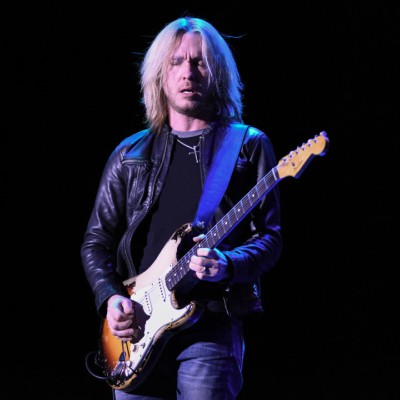 Kenny Wayne Shepherd has lived more than half of his life in the spotlight. At the age of 16, he was signed to a major record label. While a senior in high school, he recorded his first album and while most of his classmates were looking for a part time summer job after graduation, Kenny was embarking on a world tour. Now, twenty years later, he has sold millions of albums worldwide, received five Grammy nominations, two Billboard Music Awards, two Orville H. Gibson Awards, the Blues Foundation’s Keeping The Blues Alive Award, and two Blues Music Awards among many other accolades. He has had six No. 1 blues albums and a string of No. 1 mainstream rock singles and his cd and film project, 10 Days Out; Blues From The Backroads, not only received critical acclaim, but was also the # 1 selling Blues Album of the Year in 2007. He is widely considered to be one of the best blues/rock guitarists (James Brown once referred to him as “one of the wonders of the world”) and on September 1, 2008, Fender Musical Instruments Corporation released the guitar that Kenny designed – the Kenny Wayne Shepherd Stratocaster®.Kenny has been featured on The Tonight Show with Jay Leno, The Late Show with David Letterman, Jimmy Kimmel Live, Craig Ferguson and many other television shows. He has been featured in Rolling Stone, Vanity Fair, Maxim Magazine, Blender, Spin, USA Today and a host of other publications. His musical career has been nothing short of phenomenal.